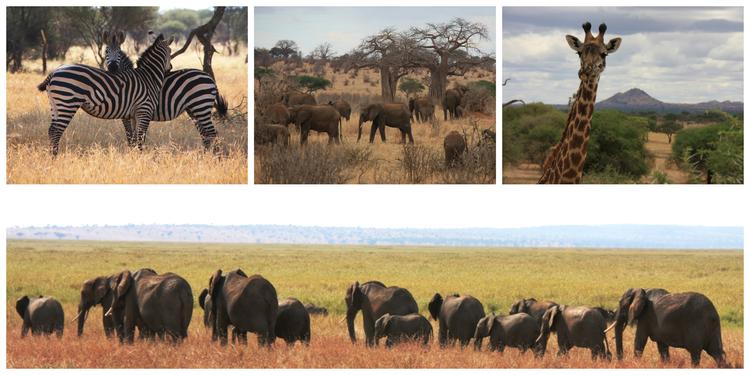 Tarangire is a wonderful national park in Tanzania's northern circuit that is home to savanna woodlands, seasonal flood plains, wetlands and magnificent baobabs. This is the national park with the highest concentration of elephants in Northern Tanzania.

Location: 114km from Arusha town – approximately 2-3 hrs drive depending on road conditions. Tarangire National Park is only a short drive (approximately 30km) from Lake Manyara national park and the Ngorongoro Crater – making this an ideal inclusion in your Tanzanian Northern Circuit safari itinerary.

Weather: Dry season generally runs June to October and wet season November to May. The small rainy season runs December – February. March to April is the highest rainfall generally recorded and the lowest is generally July to September.

Accommodation options:
Lodges and mobile camps within the park as well as those on the outskirts. Please note that many lodges and camps in this region close down during rainy season as roads can often be inaccessible.

Need a quote? Email us: worldfusiontours@gmail.com

Let us know:
What dates you are considering?
How many people are travelling?
Which other parks and destinations you would like to include:
Budget, mid range or luxury?
Would you prefer to stay in a lodge or have a true African experience in a mobile/semi-tented camp?

World Fusion Tours also recommends some of the following options as add-­on's to your safari experience:
• Mt Kilimanjaro climb
• Mt Meru climb
• Lake Natron add­-on
• Old Doinyo Lengai add­-on
• Hadzabe & Datoga tribe add­-on
• Zanzibar add­-on
If this may be your only chance to visit East Africa and you are not constrained by budget or time – what about popping across to Rwanda for a Gorilla trek?