Named by UNESCO as a Biosphere Reserve, for it's unique feature of a groundwater forest that is fed by the Rift Valley – meaning that water is available in parts of the park year round. As you can imagine that means animals migrate through local corridors between Tarangire and Lake Manyara during the dry season.

The views of the Rift Valley and around the lake, make for some amazing photo opportunities. This is a great introduction to an African safari with a typically tour able to be done in half a day – depending on just how many photos you want to take!

Size: Tanzania's third smallest national park at 330sq km with 30% of that belonging to an island within the park.

Location: 117 km from Arusha – approximately 2-2.5 hours drive depending on road conditions at the time. Alternatively there are local charter flights departing Arusha airport to local airstrips for Lake Manyara.

Weather:
Dry season generally runs June to October and wet season November to May. The small rainy season runs December – February. March to April is the highest rainfall generally recorded and the lowest is generally July to September.

The word Manyara comes from the Masaai word “emanyara” which is a type of plant grown into a hedge around Masaai homes to protect their cattle and keep out predators. This plant was found around the lake shore.

Accommodation options:
Public campsites and mobile/semi-tented camps within and just outside the national park.

Need a quote? Email us: worldfusiontours@gmail.com
Let us know:
What dates you are considering?
How many people are travelling?
Which other parks and destinations you would like to include:
Budget, mid range or luxury?
Would you prefer to stay in a lodge or have a true African experience in a mobile/semi-tented camp?

If this may be your only chance to visit East Africa and you are not constrained by budget or time – what about popping across to Rwanda for a Gorilla trek? 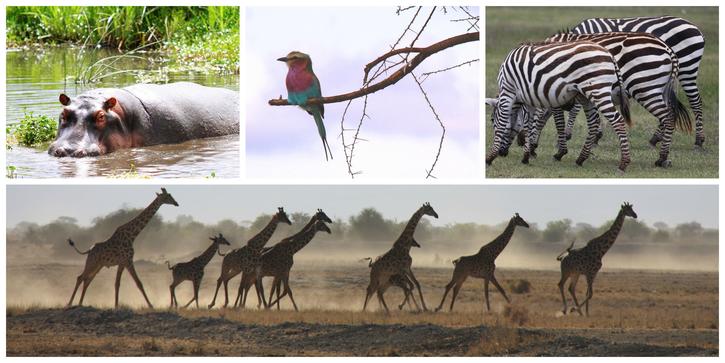